I’m working on a long post – likely a series of posts – that will take a very deep look at the US financial system.

Which, in a related note, has inspired me to write this post. I believe people with some financial stability (those who aren’t living paycheck to paycheck and can save a little cash) should consider buying a small amount of Bitcoin.

Mini-rant about why Bitcoin is valuable.

Sometime in the next decade, I believe we will experience a recession. However, I don’t think the next one will be as easily swept under the rug as the last two. As the recession hits, I expect the price of Bitcoin to fall dramatically. However, I believe the Federal Reserve will continue to try to print their way to prosperity, dramatically reducing the value of the US Dollar relative to Bitcoin. So, in time, the price of Bitcoin will rise dramatically. But I don’t actually know anything, so take it all with a grain of salt.

Bitcoin is not as safe as gold when it comes to holding value, but I believe it has a much higher upside than gold (so consider it a speculative part of your portfolio). Keep in mind that it is a new-ish technology (10+ years old), so it’s possible Bitcoin be worthless in a couple of decades. At the time of writing this, it’s trading right around $9,000.

In the meantime, I didn’t want to leave you hanging, so here’s a post detailing how you can buy Bitcoin (or any other cryptocurrencies) and safely store your private keys – just like Satoshi wanted us to.

P.S. I’m not getting paid by any of these companies or making any $ off this post. These are what I consider the best products to buy and hold your Bitcoin and nothing more.

Why not just keep your Bitcoin on Coinbase?

You can do that, especially if you don’t have that much money in Bitcoin (BTC).

Hell, up until a couple of weeks ago, that’s where about half of my crypto was held (the other half was in Robinhood, which I’ve started to believe will find itself in deep 💩 if my predictions about the financial world turn out to be remotely correct).

What you gain in convenience for holding your Bitcoin on these services, you lose in security. It’s super nice to be able to click a button, purchase your BTC, and then have the swanky Bitcoin charts to check and see how much money you’re making:

And if Coinbase loses them, good luck getting your $ back. Crypto isn’t FDIC insured.

This scares some people away from owning Bitcoin. They think it’s not safe, but that’s just because most people are holding it in the exact opposite way that it was designed to be held (by using centralized services like Coinbase).

Some people don’t think Bitcoin has any value. We won’t dive deep into that during this post, but the reason I believe Bitcoin has value is that central bankers do not have control over it – and they seem to be very fond of printing currency, causing it to lose value over time. 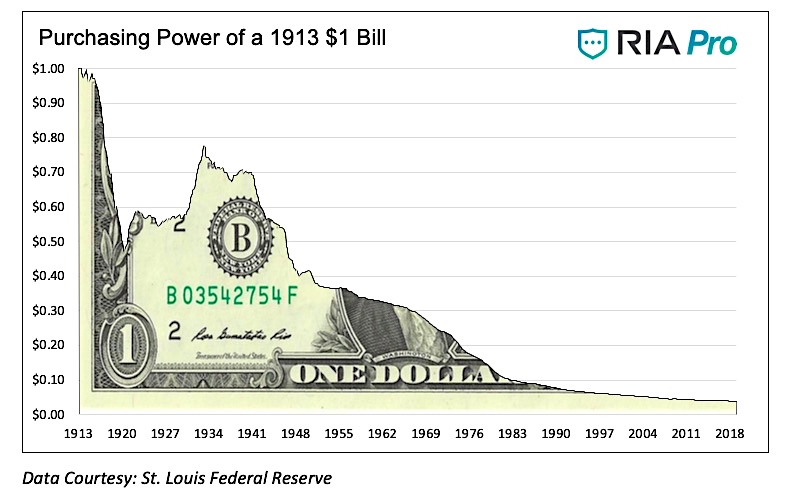 So if you have something with a limited supply (that is not beholding to central bank printing), it’s probably going to perform well relative to fiat currencies tied to printing presses that central bankers use to solve each and every problem the government faces.

Anyways that was a longwinded way of telling you that this post will detail how you should hold your Bitcoin. It’s pretty simple. Costs $39. And if you’re considering holding any substantial amount of Bitcoin, this is the tutorial for you.

We’ll be storing our Bitcoin in what is known as a “hardware wallet” (hardware as opposed to a software wallet) using “cold storage” (not connected to the internet), so you’ll need to buy this little device called a Trezor which we’ll use to store our BTC. It’s $39. Worth it. 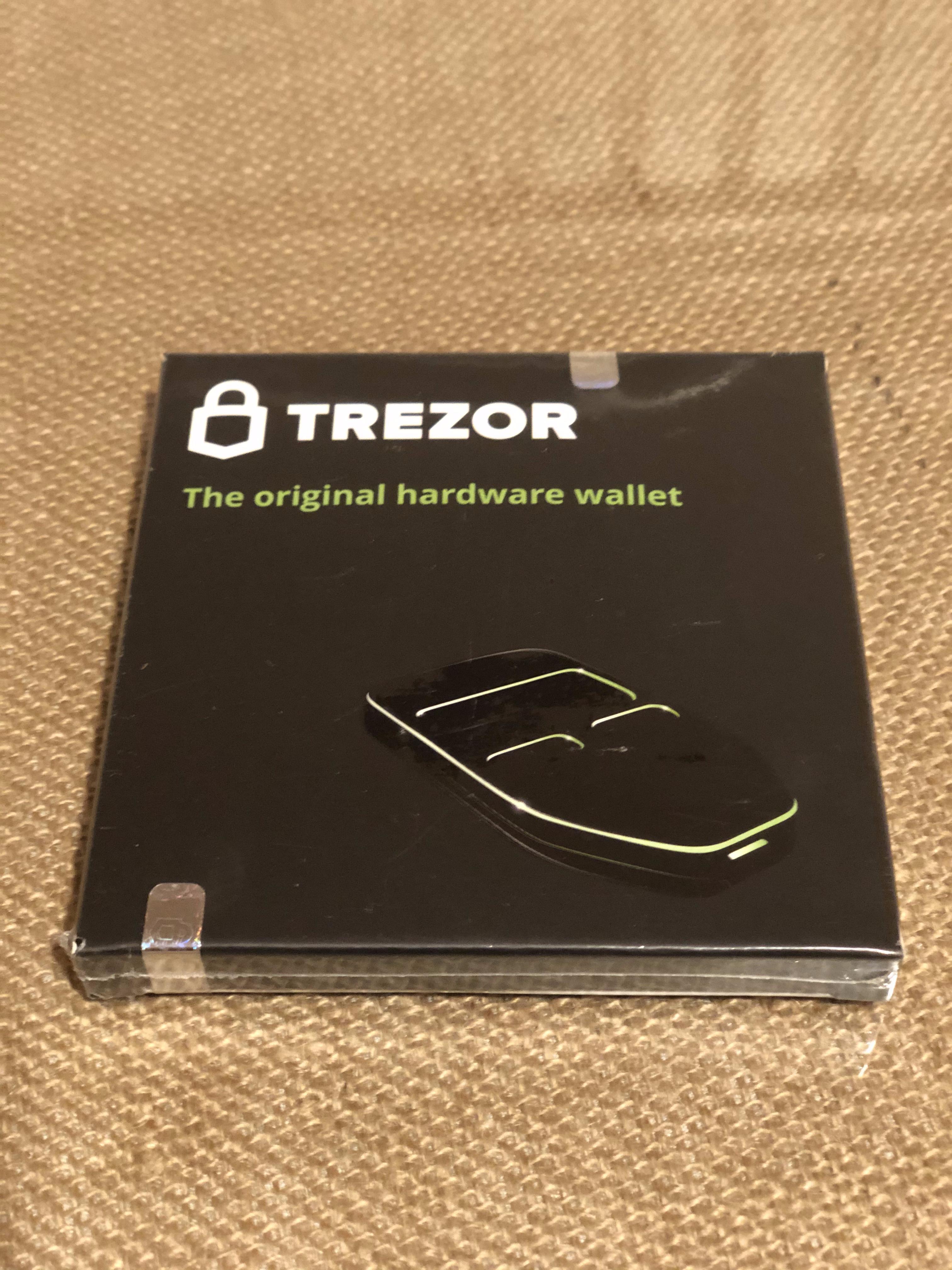 2nd: Buy some Bitcoin through Coinbase Pro
3rd: Set up your Trezor

I’m going to walk you through this step-by-step with images to make it as clear as possible.

4th: Move the BTC you bought onto your Trezor

Now from this screen, you can choose to buy BTC from various exchanges but you’ll have to type in all your personal info for each exchange, so the best thing to do is just to move our BTC from Coinbase Pro to our Trezor. 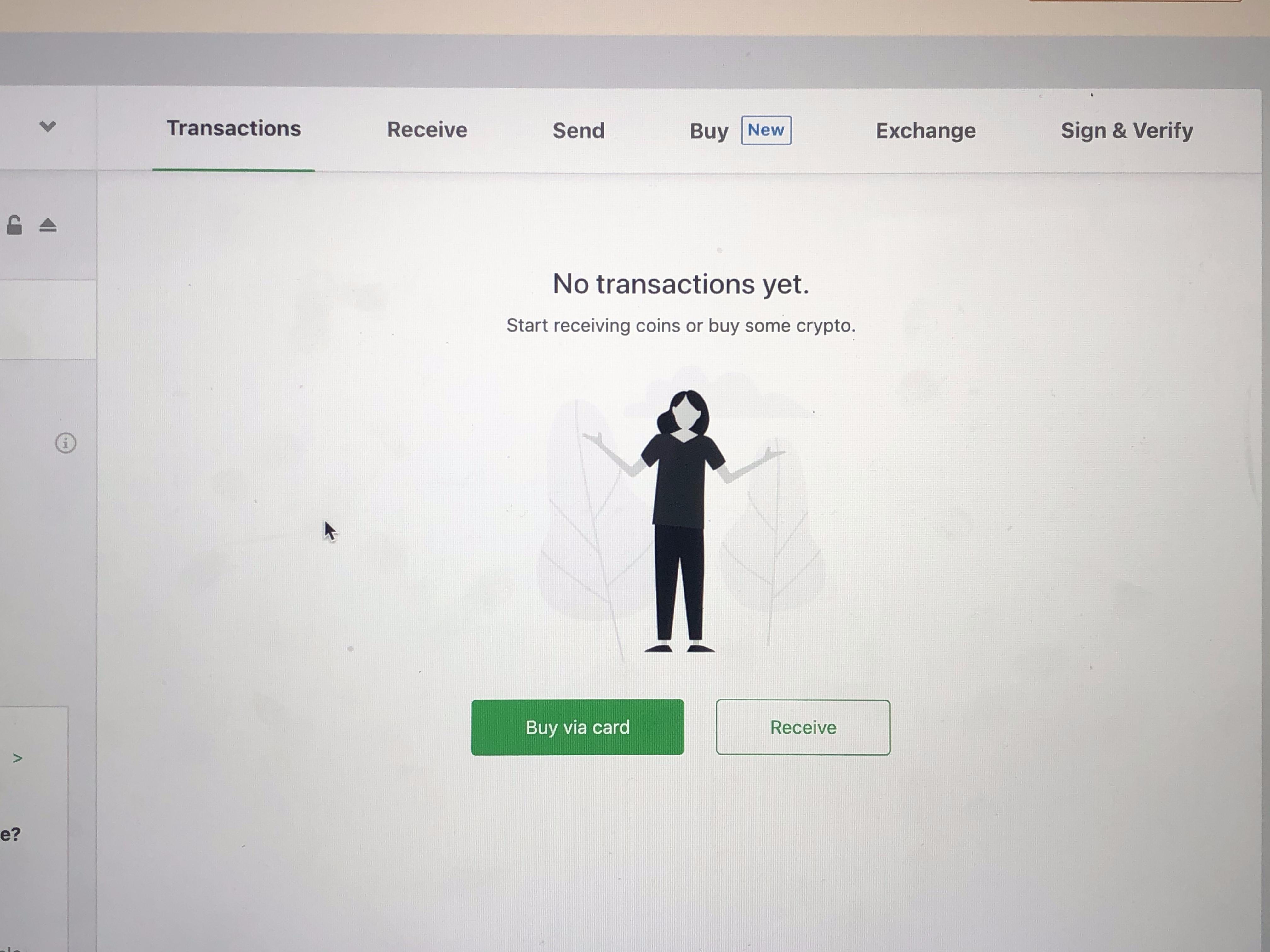 Last, but not least, store your Trezor device and seed words in a super safe place. Ideally, you wouldn't store these together, but honestly, it doesn't matter that much because it's just your seed words that you need to keep and store securely. The Trezor device itself is less important than the seed words.

Sorry this was such a beast of a tutorial and likely nobody gives a shit about it, but if things get a little rocky in the financial world and you want to have some securely stored crypto, you now have a tutorial that’ll show you the way!

If you like what you read, hit subscribe and I’ll email you when new posts come out!