The economy is shitting a brick – to say the least. Luckily, our central bankers have come to the rescue to the tune of trillions of dollars to keep the financial system from completely shutting down.

So Jerome Powell and @realDonaldTrump, what are you guys thinking of doing in response to the economic issues we’re facing combined with the Coronavirus pandemic? 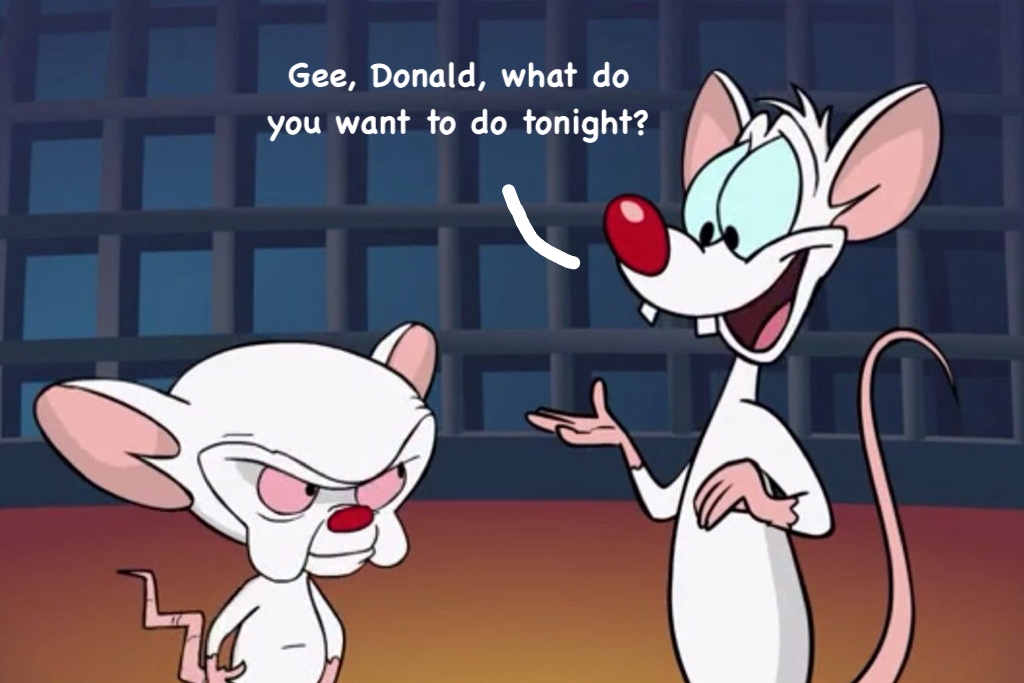 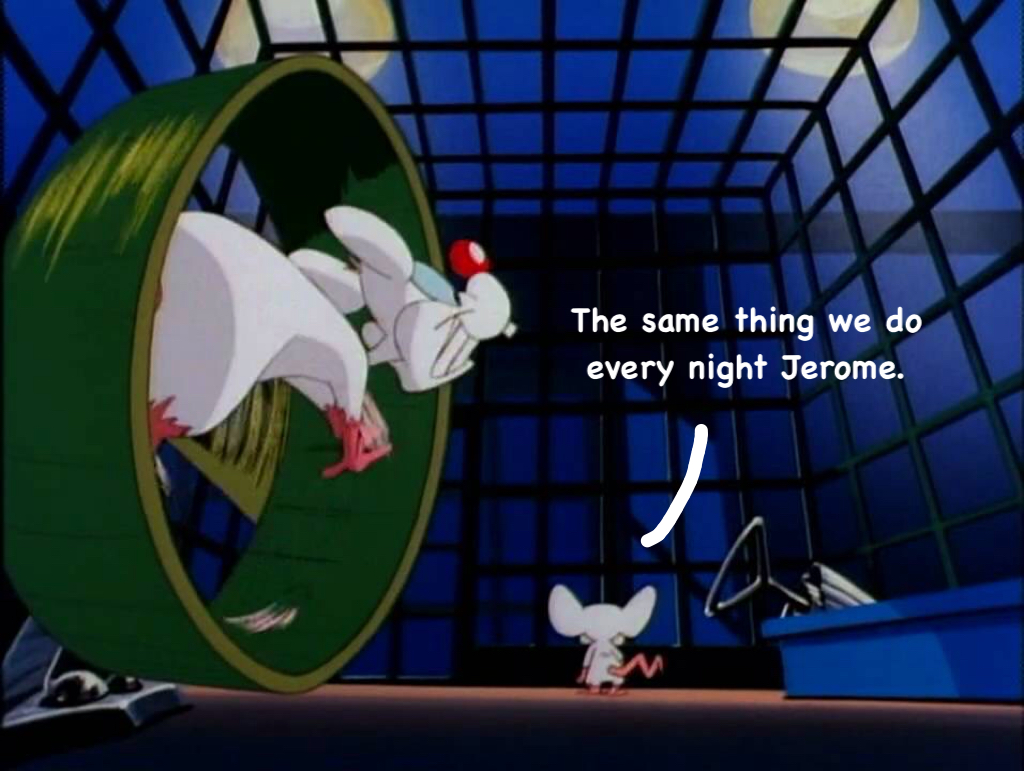 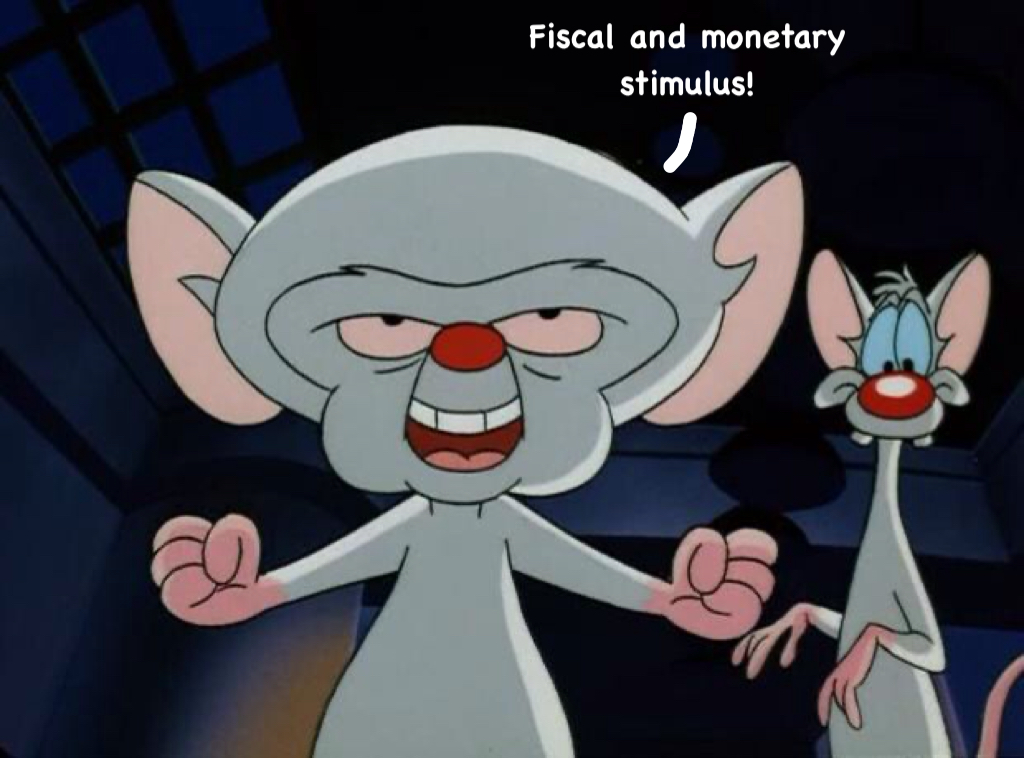 These are the tools at their disposal, their “hammer” if you will. So when the Fed & government look at the economy, this is what they see: 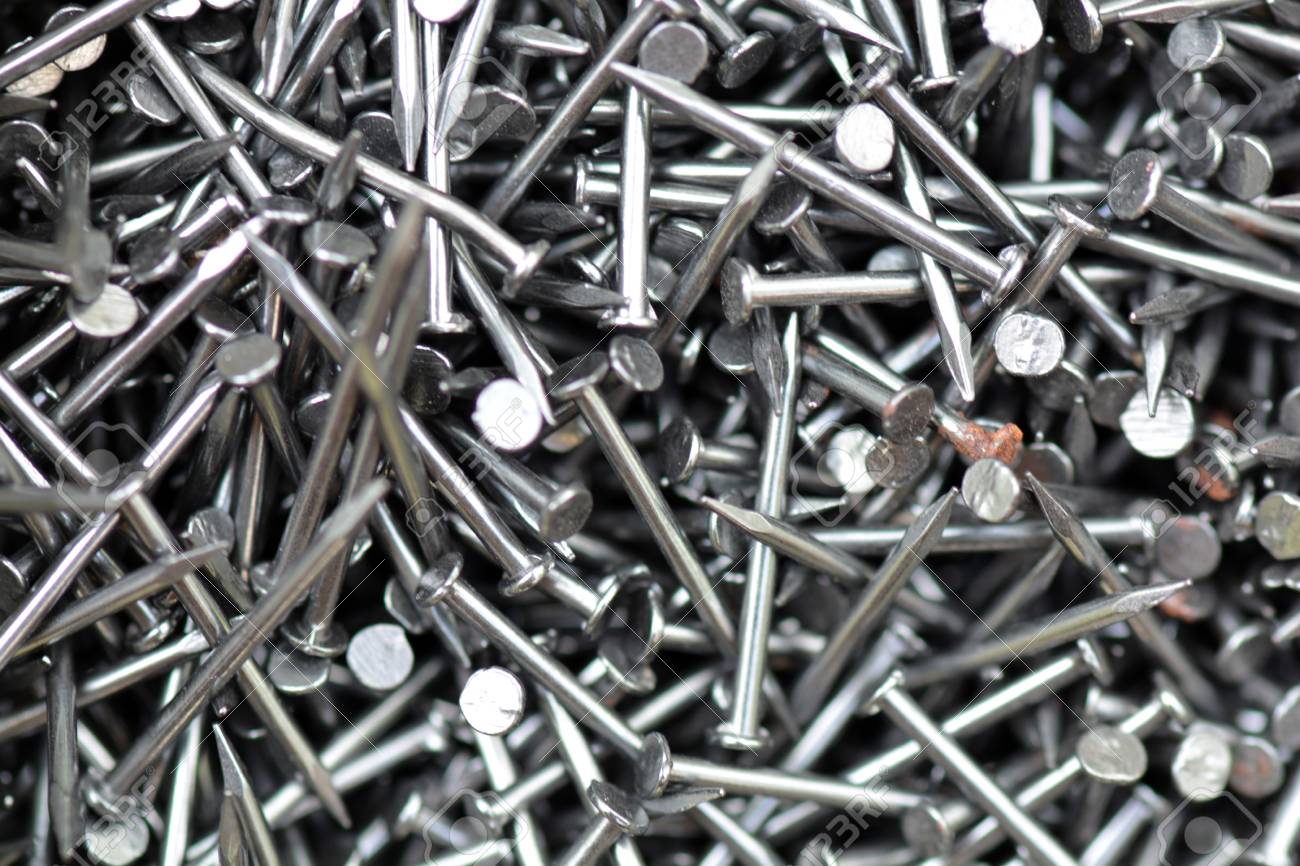 The problem is that instead of producing growth, it will actually depress growth.

At first glance, the trick is deceiving.

I’m going to breakdown Lacy Hunt’s perspective. He’s the EVP of Hoisington Management. There’s a lot of John Mauldin in here as well. By that I mean if you want the content without the idiotic drawings and references to Pinky and The Brain, just read this post by Mauldin. I’ve basically just taken his ideas, made them shittier, and added drawings. These two homies write some of my favorite newsletters and you should subscribe if you like stretching your brain.

Let’s start with inflation. We won’t go deep, but we need a little understanding of how it interacts with other parts of the economy. 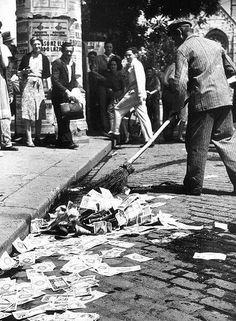 We’ve seen it in Venezuela, where a flood of government debt has lead to hyperinflation. However, large economies, like the US, have been able to carry much larger debt burdens without the resulting hyperinflation.

How does the US do that?

One take is that the US has been perceived as a “safe haven” where you can hide from economic disasters around the world. When shit hits the fan in Venezuela, people pull their money and put it in other currencies. With the US Dollar being the world’s reserve currency, there aren’t many places to flee (yes, I’m doing everything in my power not to mention B*tcoin right here). So the “safe haven” currencies have had the ability to take on lots of debt without the issues smaller currencies face.

Here’s a chart of the US Federal Debt over the last 50ish years:

The slope on that bad boy doesn’t seem to be going negative anytime soon.

And here’s the Federal Debt compared to GDP.

Yes, the government has changed how they calculate inflation to make it look like GDP is higher and the prices of your goods aren’t, but the point is, we’ve seen massive gov’t spending and we haven’t seen an equivalent amount of inflation. I know that because you and I don’t take wheelbarrows of cash to buy groceries.

Interest rates are very closely tied to inflation (or inflation expectations). If you lend someone money today and expect there to be lots of inflation, you’ll be getting paid back dollars that have less purchasing power.

If you think inflation will rise, you’ll demand a higher interest rate on your loan since you’re being repaid with cheaper dollars. 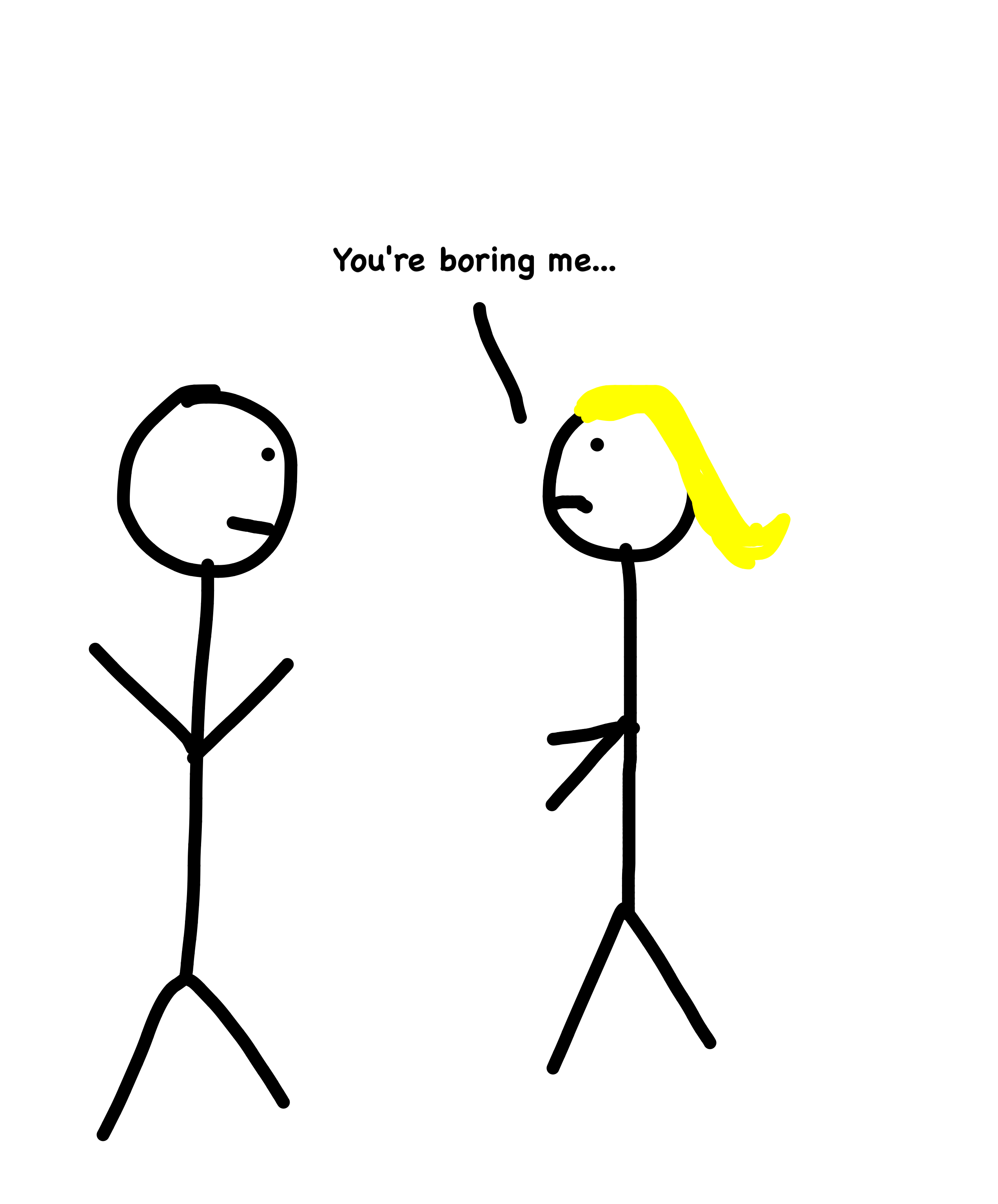 The federal government increases its debt by issuing US Treasuries, which are bought by people and banks, who exchange dolla-dolla bills for the USTs.

This should mean that there are fewer dolla-dolla bills in the market (because people gave them to the government and are now holding USTs), so to borrow dolla-dolla bills (it’s kinda annoying that I keep saying it like that, isn’t it?), you have to pay a higher interest rate.

Fewer dollar bills in the market mean you should have to pay a premium to borrow them.

However, that’s only how it works for smaller nations. When you look at the bigger economies around the world (US, Japan, Euro-Area, UK), that’s not how it works. 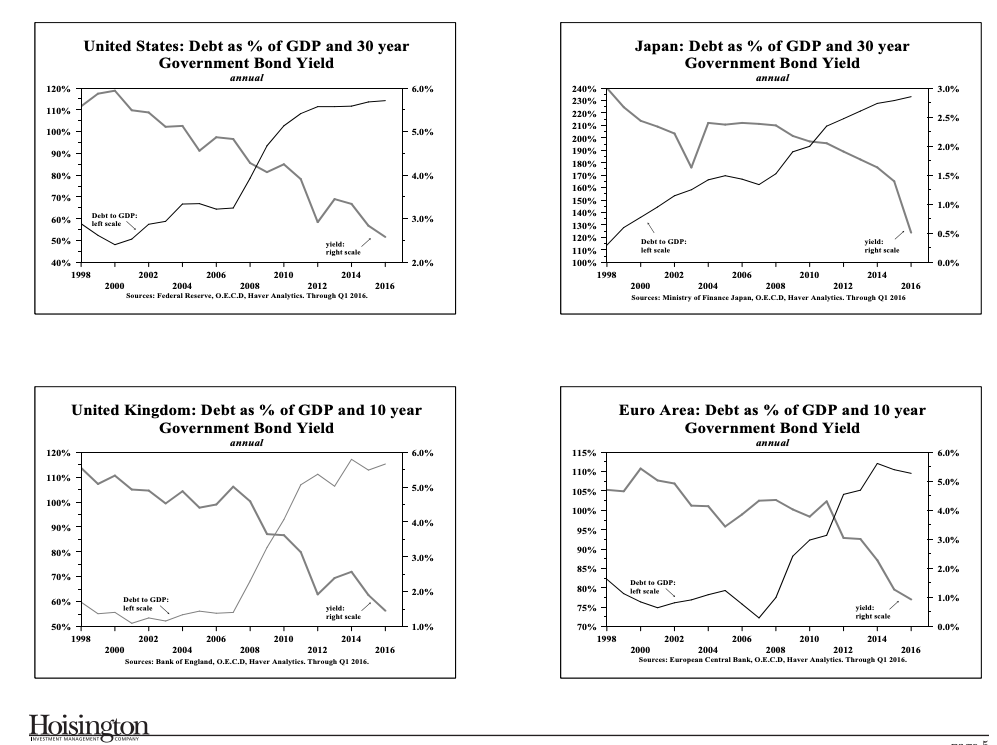 You can see as debt has gone up, interest rates on the 10-year government bonds have gone way down for major economies.

Keynesians say that debt-funded fiscal stimulus (aka the government taking on a lot of debt to invest in infrastructure, projects that create jobs, etc.) should increase the cash flowing through the economy, which creates growth, raises inflation, and eventually interest rates.

That’s the Keynesian way of reducing the impacts of recession and sending the economy back towards a boom.

Only problem. That’s not happening in major economies.

Keynesian economics only works if you can reduce the deficit during the boom. The government is supposed to build a surplus when things are good, and run a deficit when things are bad.

Looking back at the chart from earlier (Total US Federal Debt), you can see that Federal debt just goes up and to the right no matter what the economy is doing.

What’s happening is that the big economies have so much debt already, adding a little extra debt doesn’t actually DO anything.

It’s the law of diminishing returns playing out before our very eyes. Every new dollar of debt added has less impact than the dollar before it. Eventually, not only does the debt stop helping, it starts to have a negative impact on the economy, lowers interest rates, and lowers inflation.

Eventually, you have the Federal Reserve come in and say, 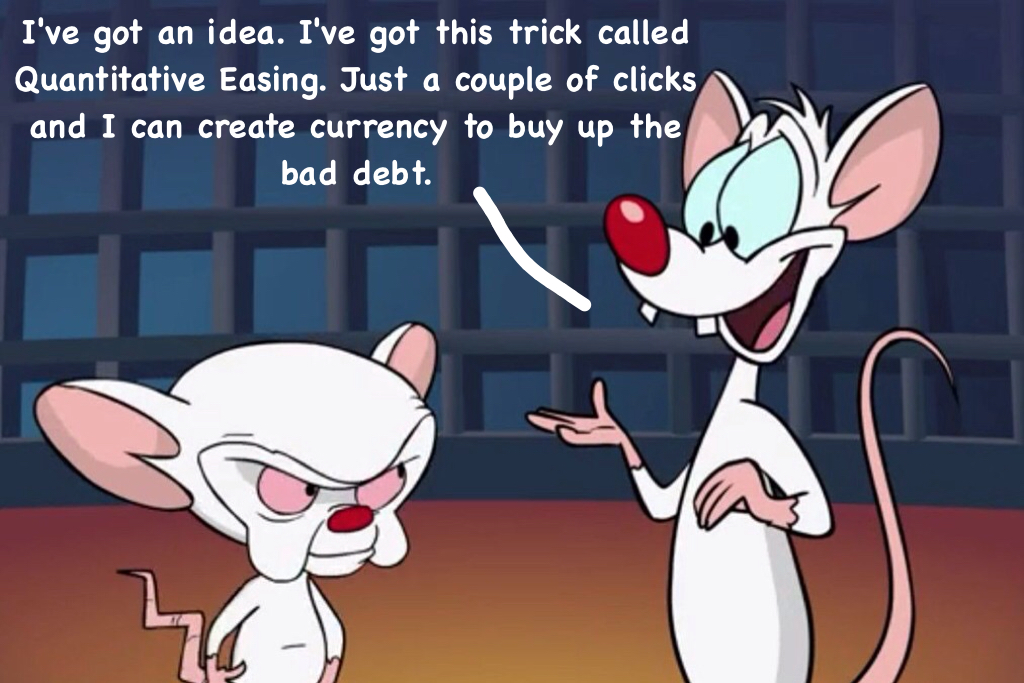 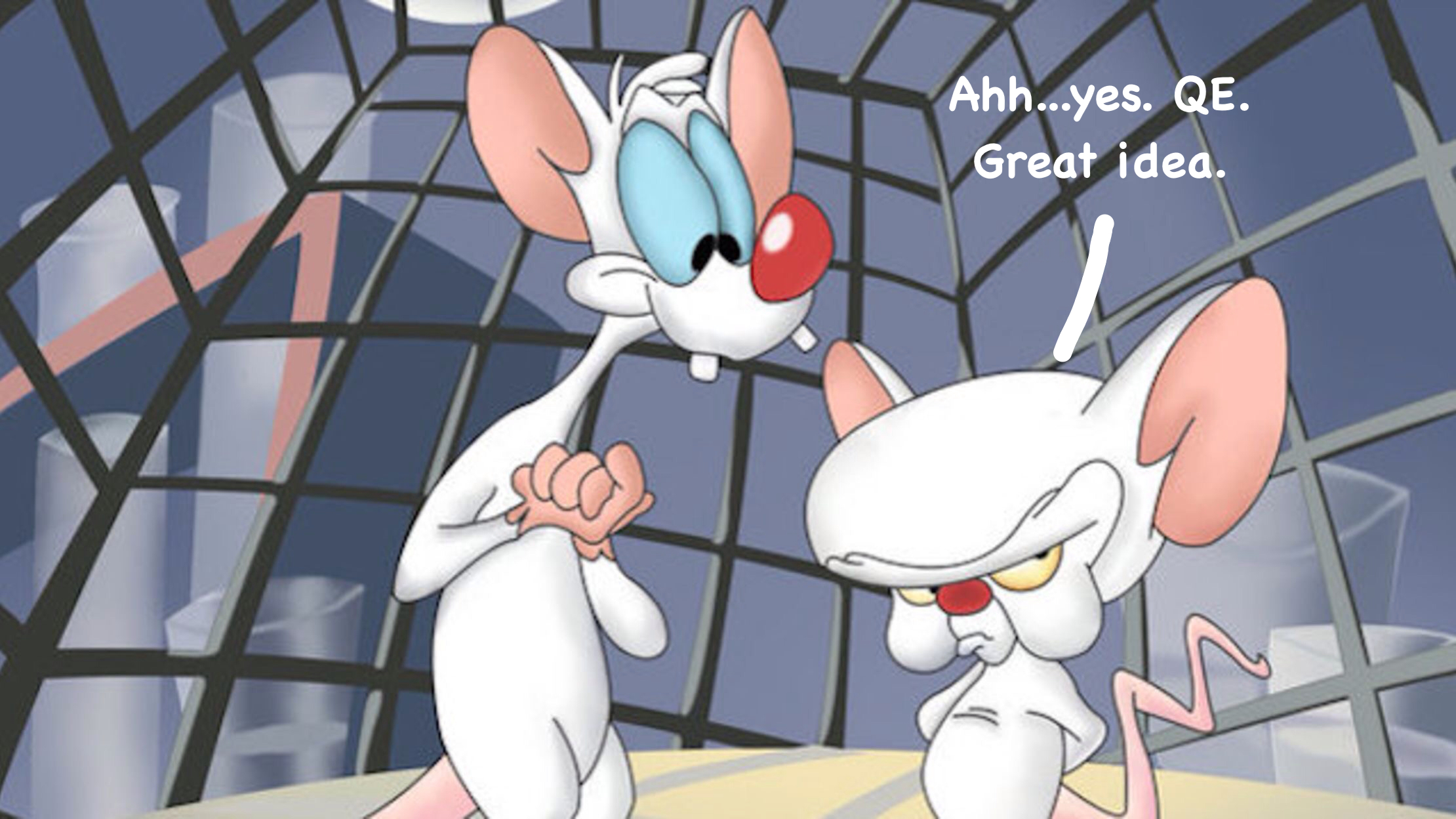 Only problem. That doesn’t work either.

Debt productivity is the amount of additional GDP (or productivity) you get from each new dollar of debt. Imagine you take out a loan so that you can start a company and your company starts earning money. That’s productive debt. You got debt and turned it into a company that provides value and earns more money.

Imagine taking out that same loan, only instead of starting a company, you buy Super Bowl tickets. That may be a fun time (and kinda sorta help out the economy…though that ticket would likely have been purchased by someone else), so that debt is not as productive as the debt used to start a company.

The velocity of money is the rate at which money is exchanged in an economy. AKA how quickly does money move from one person to the next.

In a healthy economy, money moves between hands pretty rapidly. Things are going well. People are productive. They get paid. They buy stuff. You get it.

In an unhealthy economy, people hunker down and try not to lose what they have. So when you get money, you hold onto it.

Okay back to Friedman.

He said that as debt productivity falls, the velocity of money declines.

He also theorized that this decline in the debt productivity and velocity of money makes monetary policy increasingly ineffective.

When a nation becomes overindebted (as the US is), loosening economic conditions doesn’t actually help. If the government increases its debt, but each new dollar of debt doesn’t increase the GDP by over a dollar, then it’s not really helping – it’s hurting.

The velocity of money has declined every year since the 2000 Tech Bubble. It is now at its lowest point since 1950.

So each time the Fed steps in to stimulate the economy, it has a smaller and smaller impact. And our national debt gets bigger and bigger.

That, my friends, is a recipe for disaster.

We just saw the Fed do an emergency 50 basis point rate cut and get a 15-minute boost in the market.

Later they said they’d inject $1.5 trillion into the repo market to address the “highly unusual disruptions” and the market got a boost for like an hour.

A couple of hours ago (writing this the night of March 15th, 2020), the Fed cut rates to 0% and are going to enact QE to the tune of $700 billion. They’re also reducing the reserve requirements of thousands of banks down to 0% reserves. So yeah, banks don’t have to hold any deposits in reserve.

Also there was a globally coordinated move amongst central bankers (Bank of Canada, Bank of England, Bank of Japan, European Central Bank, Federal Reserve, and Swiss National Bank) to enhance dollar liquidity around the world through existing dollar swap arrangements.

Because that sounds an awful lot like the Eurodollar issue I wrote about here.

So did the Fed keep the economy from crashing?

Well, futures just hit limit down. So I don’t think so.

We’re entering unprecedented times. If the market is puking up $700 billion of QE, what will it take to reverse course?

Can it reverse course?

What we do know is the velocity of money is likely sliding to a standstill. With businesses shutting down across the globe, we will see people hunker down both physically and financially.

No matter how much monetary or fiscal stimulus the government creates, I don’t believe it will help.

It seems to me the question is:

When/If the Fed realizes that nothing it does can reverse the economic decline, will they stop “stimulating” and let us fall into a recession/depression?

Or will political pressure force them to keep printing?

How long will it take for people to realize the Fed can’t reverse this train? And where will they hide? 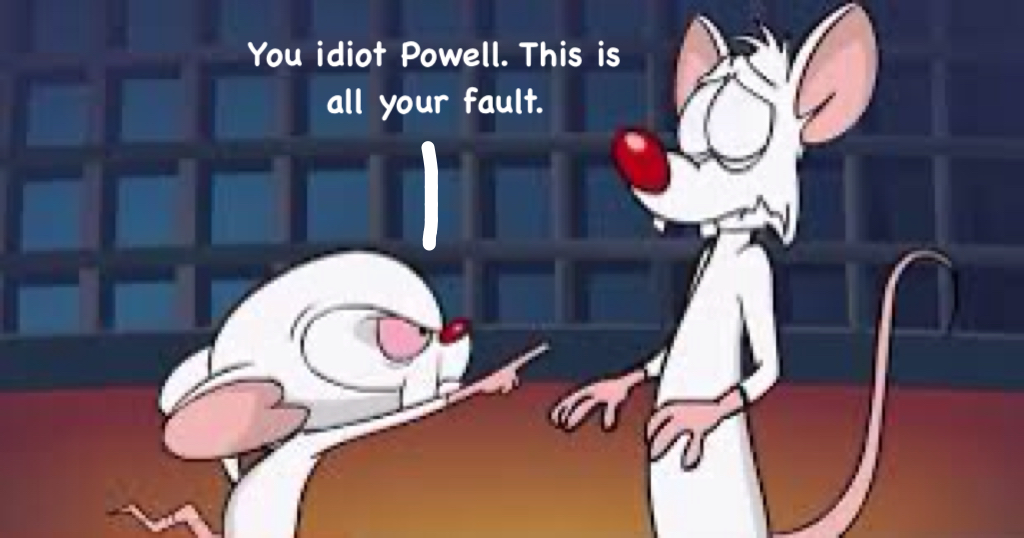 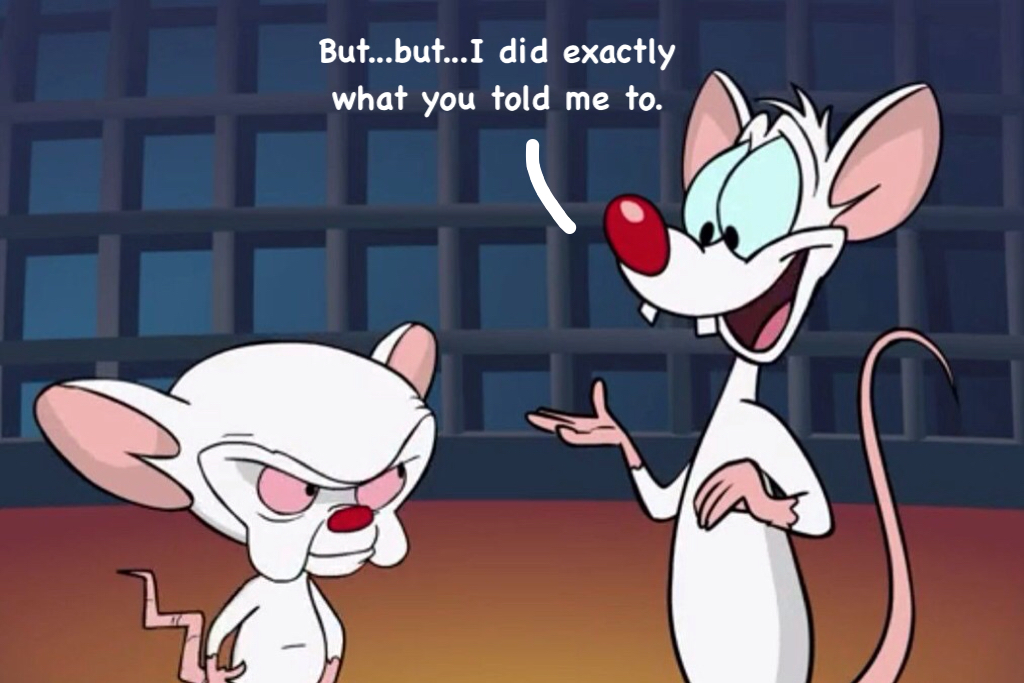 If you like what you read, hit subscribe and I’ll email you when my next rant is live!